I am now into the ninth week of my sixteen week marathon training plan and it is about time that I took stock of how things are going. On Sunday the 5th May 2013 I will be running my second marathon, following my marathon début at Brighton in April 2012.

The Parable of the Wise and the Foolish Builders

In January 2012 I started to follow a 12 week marathon training plan following some occasional runs during November and December. I was the foolish builder trying to raise my marathon edifice on a bank of sand only to see it washed away by continual bouts of illness.

In October 2013 I joined the Sunday Eagles long run and accompanied autumn marathon runners as they tackled 17+ miles. I then raced in tough winter cross-country meets while adding parkrun each Saturday and a minimum of 10 miles every Sunday. I had turned into the wise builder by putting in the tough foundation miles across winter before starting a 16 week marathon training plan in January. My friends and work colleagues succumbed to the inevitable coughs & colds but I remain fit and illness free. 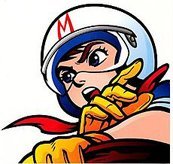 I run long. I run easy. I also run fast. I know that I can run the magic 26.2 miles but I want to reach my potential and run under 4 hours. Now I realise that this cannot be achieved by plodding endlessly at the same pace so I run intervals, I inject fast finishes onto heavy legs at the end of the long run and I throw in mile repeats as part of my easy runs. My 5k, 10k and half marathon PB’s have all tumbled over the past 3 months as a result and I know that I still have scope to run faster.

Were you one of those people who, back in their younger days, would start a conversation with “I had a really weird dream last night…”? Well, I was the person standing nearby rolling my eyes wondering what kind of self-indulgent psychobabble was going to follow next.

I am a deep sleeper, always have been. I rarely dream and if I do then I only recall brief moments. I have always been able to sleep well the night before a race until I reached the half way point of my marathon training plan but I am now almost guaranteed to sleep badly on a Saturday night. If I have a race on the Sunday then it’s a nightmare about  over sleeping or forgetting my race pack or if I have a scheduled long run then I dream about arriving late to find everyone has gone without me.

On top of that, my long runs are getting longer and longer so I have to get up earlier and earlier each Sunday to make sure my running does not put too much strain on my family.

As a promise to my teenage self – I promise not to talk about dreams again!

Augustus Gloop is the gluttonous boy who falls into the Chocolate Room’s chocolate river in Willy Wonka’s chocolate factory. I am not quite in that sort of shape in terms of diet but I have plenty of excess baggage around my waist and I was certainly open to various snacks and fizzy drinks.

I made the easy decision to cut 99% of the junk out of my nutritional intake, to carefully watch what I eat and to completely remove fizzy drinks from my diet (Pepsi Max was my weapon of choice at the time).

I did suffer for a couple of weeks at work as my body craved sugar during the afternoon and I had a couple of unpleasant headaches but I now feel a lot better. If I try some of my old diet choices now, I find that I cannot eat very much as they are so laden with salt. As a result of these changes I am now 4kg lighter and I know this has had a profound effect of my running and general well-being.

If you gaze into the abyss, the abyss gazes also into you

Hand on heart – I am so full of love for my marathon training. I head out 6 times a week and I have enjoyed nearly every single one of them so far. My head & heart expects to be out there nearly every day and my legs no longer ache, no matter what type of run I demand of them.

I now gaze into the looming abyss that starts on Monday 6th May 2013 – what happens the day after I complete the Richmond Park Marathon? Sure, I have plenty of other races lined up throughout the year, including an autumn marathon – but what happens to my training?

Unfortunately I do not know the answer at the moment but I suspect it involves me finalising my training plan for Abingdon in October and sliding in another plan for the summer. 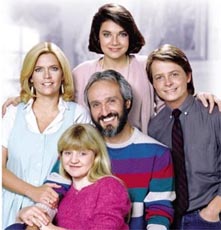 The seemingly endless bouts of training, the early morning runs and the times I vanish for the day to attend a race – none of it is possible without the support of my family.

I am fully on board with the concept of ‘running credit’ and I am constantly building up my balance so that I can head outside running.

Mrs Dan needs to work late or on a weekend? I am home looking after The Son and supervising his homework. The Son has arranged to go play with a friend or has an out of hours school commitment? I am there straight away to act as a taxi.

The majority of this takes place at the weekend immediately after my planned runs – yeah, I am tired but my family supports me so I support them right back.

* I do not have a beard** plus it’s only me, Mrs Dan and The Son. I just have a mild man crush on Michael J. Fox and wanted to use his picture.

** Although if I did have a beard, then I would look awesome.