More parkrun practice with the GoPro camera this week as The Son joined me and Other Dan at Finsbury parkrun. I tested out the headband mount to wear the camera as I ran the course. Except I screwed up at the beginning by tilting too high and filming the tops of heads and then somehow screwed up by not filming the end. I obviously need more practice and I’ve binned the footage from this run – shame.


Parking is available inside the park, near the café where everyone congregates, and we joined the ‘new to parkrun / new to Finsbury parkrun’ briefing. It’s worth noting that the start & finish are not together so make sure to jog over and leave tops etc by the finish area and the start line is the other side of the café from where everyone initially gathers.


We joined the crowd walking over to the start line for the run briefing and we were set off for our two tarmac laps of the park. It’s a popular park so there were plenty of walkers and cyclists around. The main section of the course takes place on a road that is free of traffic but just be aware that cyclists are around.


Other Dan sped off as I jogged around with The Son but we stopped just short of the first lap due to The Son complaining of sore knee joints. He still suffers from growing pains from time to time and it never helps that parkrunday is the day after his afternoon of sports at school. I left him wandering over to the exercise equipment so he could keep himself busy and told him to stay there until I came back round on the second lap.


I pootled round for the second time making sure to capture some good images on the GoPro. Even more unfortunate that I screwed everything up and the camera wasn’t even recording at this point. I stopped again to speak with The Son at the exercise equipment and handed him some cash so he could make his way to the café for a drink and a snack.


Other Dan was waiting for me near the finish but completely missed me passing him as I ran through to the finish funnel. After getting our barcodes scanned, we found The Son outside the café. We did think about popping into the café (it looked great!) but there was a long queue that didn’t seem to be moving anywhere in a hurry so we headed home.

It was a shame that The Son couldn’t creep nearer to his 50th parkrun, especially as he made the effort to get up early to join our London tour. It’s a lovely park that attracts many people, both for parkrun and general park use, with nice facilities. 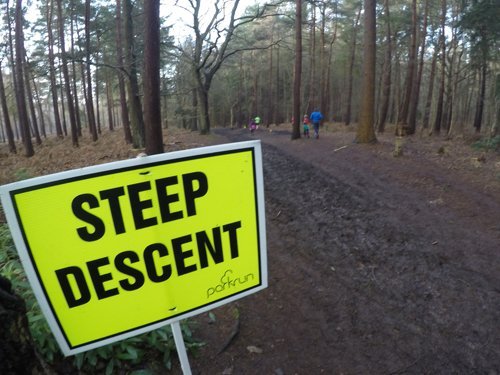