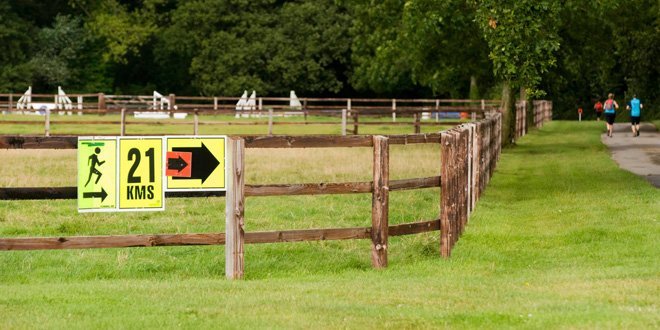 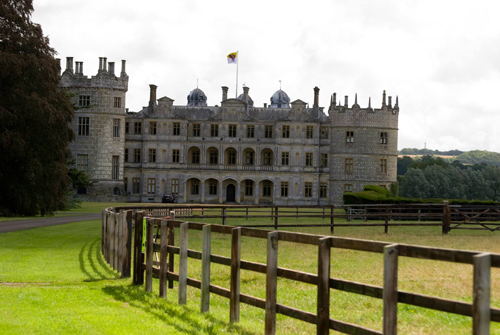 The Salisbury 5-4-3-2-1 is an undulating/hilly walk or trail run through the historical region of Wessex with the start & finish at Salisbury Fire Station. It is run on quiet park roads, bridleways and public paths, through areas of outstanding natural beauty, many not normally open to the general public. There are distances from 5k up through 10k, 21k, 30k, 42k and a 50k ultra. The race is so named because the 50k route includes 5 rivers, 4 hills, 3 large country estates, 2 castles, and 1 cathedral.

I had entered the 50k in a severe cause of FOMO, with the intention of carrying on all the good spring marathon training from Brighton & Richmond Park into my first ultra. However, the Richmond Park marathon broke me for several weeks and bouts of illness curtailed whatever other training time I could put together. I bowed to the inevitable and dropped down to the 21k option, which sits in the right distance for my current stage in training for the Ealing Half Marathon.

The UK was awash with the remnants of Hurricane Bertha as I made as early start to drive down to Salisbury. The heavens opened on the way, the car was buffeted from side-to-side by the wind as I crawled down the motorway and my thoughts turned to a drenched Running Dan stomping round the trails later on. Thankfully the heavy rain subsided as I turned into the dedicated event car part, located in the field directly opposite the fire station.

I arrived early so I could cheer the Eagle ultra runners (9am) start and the car park was starting to get relatively full by that stage so I would recommend getting to site a bit earlier if you are a starter in one of the later races. There seemed to be plenty of other parking around, notably in the nearby leisure centre, but I like to get my space settled and checked in for my race without any hassles.

The registration desk was situated in the fire station and there were plenty of friendly volunteers across multiple desks, organised by race distance. I headed over to the 21k desk only to find that my pack had been kept in the 50k section but the guy helping was quite happy to go find it for me, which I thought was cool because he could have just told me to go queue at the other desk. Also in the area was a desk selling race t-shirts and the author Helen Summer selling signed copies of her books ‘Running Crazy‘ and ‘Mental – The toughest, bloodiest and hardest challenges in the world‘.

The weather was looking variable again with rain falling as the ultra runners were cheered on their way. I made my way back to the car to fix my race number on my vest, eat an energy bar and rest from the rain. Other races were set off while I was sheltering in the car until just before 10:30am I joined Emily and Lisa on the start line for the 21k race. We were off and running, the rain had stopped and I ran with Emily for the first section (tarmac path) while we had a chat about race goals and pacing. My plan was to run around 2 hour pace although we set off much faster, which was probably a good idea in hindsight since this was the flattest section of tarmac across the route. 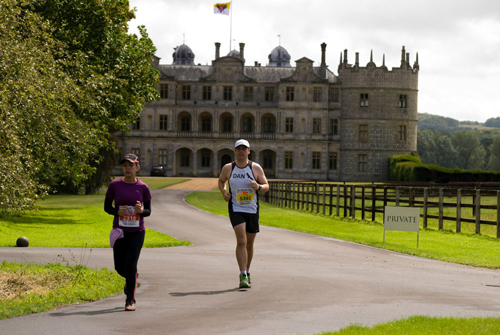 The route moved onto an open field and trail, with the field starting to space out as the first uphill section caught everyone. The trail then moved onto a slightly muddy single track along the top of a ridge and I slipped a few times thanks to the lack of grip on my road shoes. I wasn’t sure what shoes to wear and I think that road shoes ended up being the best option, even though there were some tricky sections where I had to make sure my footing was firmly placed. There was a lot more tarmac and road than you might think for a trail race.

I remember plentiful, friendly marshals, hills, trails, wonderful views, harvested fields and some delightful stretches of downhill sections where I leaned forward and let gravity win. At stages there were groups of runners and walkers from the various distances and it gave a chance to exchange pleasantries as we passed. The first drink stations gave out water while the later stations handed out some orange & lemon in addition to water, which tasted like the sweet tears of a unicorn and gave me a formidable burst of energy for the last stretch.

Bountiful signs and arrows directed us up, down and through the beautiful countryside until the longer events forked off to the left while I joined the 21k runners and leading to the right. At this point I started to pick the pace up a bit by targeting runners ahead of me and slowly catching them and passing them. The trail started to become more ‘roady’ although there were plenty of impressive (aka expensive) countryside houses to admire. 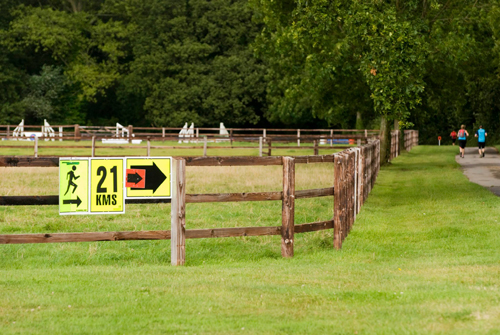 My quest to reel in runners continued as Salisbury Cathedral came into view and the route became fully paved as we moved into the city centre. The final drinks station brought the welcome flavour of flat lemon Gatorade before the final push to the finish line. Except I went the wrong way. Oh dear. The big bag of FAIL ambushed me as we headed towards the Cathedral thanks to some idiocy on my part as I saw the race sign across the road, prompting a turn to the right, but in my tired state I just followed the runners in front who had missed the sign. It didn’t help that the longer distance runners were heading towards us from the ‘wrong way’ so I assumed that there was an out and back section ahead and that I had just missed the sign. I hadn’t. I had seen the sign but still followed the wrong route. That’s another kilometre onto my race distance then.

I admit that my muppetry broke me a bit, as I saw all the runners that I had reeled in over the past couple of miles were now back in front and going the correct way.  I then suffered from tourists streaming out of the Cathedral and not noticing all the runners, so it became an unwelcome game of ‘dodge the pedestrian on legs that be a hurting’. Not fun.

It seemed to take forever to snake through the city centre and back towards the race village but the finish line finally appeared like a friend carrying a tray of beers through the crowds of a festival. That was my race done. Slower then expected, more enjoyable than expected but a real pain to see so many finish ahead of me from my earlier ‘reeling’ session.

I spotted the inspirational Steve Way lounging around near the finish area and I managed a brief hello. What a fantastic runner. I thought that he must have been there to cheer someone on but the results showed that he motored round the ultra to take first place, get changed and look fresh as a daisy as I steamed through a pork baguette with a wonderful bottle of coke. So much for the recovery shake that I had left in the car.

This was a really enjoyable race and one that I want to tackle again next year, but next time with some solid training behind me so I can run the marathon distance. The organisation was superb and this was truly a great race.