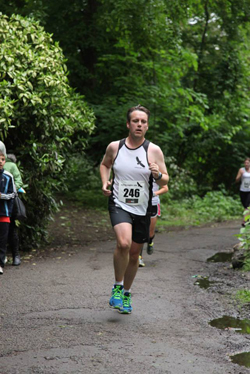 I am an ever-present runner at the Eagles 10k and this year I returned  to banish the poor run that I experienced last year. My training had been disrupted by injury through the end of winter and early spring of 2013 so my fitness was gone and I suffered the indignity of stomach cramps for most of the 2013 race.


This year I was running off the back of several months marathon training and I had my eye on my first sub-45 minute 10k. My weight had steadily fallen to healthy levels through the consistent running and an approach of making healthy eating & drinking choices. My training runs, timed parkruns, and races all indicated that I could go sub-45 if I brought my A game.


Conditions were good for a PB attempt although there was a breeze on the top, exposed, section of the park. I warmed-up then joined the 45 minute pacing group. The race started and I settled into a steady rhythm, tucked into the pacing group. I used the crowd to shelter from the breeze at the top of the park while exchanging a few pleasantries with another Eagle targeting sub-45.


The first km was bang on pace, based on Garmin time and verifying elapsed time at the km marker, and I felt strong but also knew that I was balancing on the edge of my top 10k speed. The next km is where everything went wrong for me. The pacers put their foot down, probably not noticing, as we ran down the Gunnersbury slope. I tried to stay with the group but couldn’t stay in touch. It could have been a switch in mental toughness but equally I was on the edge at 4:30 per km pace and suddenly switching to sub-4 minute km pace was too much.

Sadly I had to let the pacing group go and I wasn’t the only one to splinter off the group. I slowed down to take check of what I was doing and what I was going to do next. My entire race had been based on sitting in with the pacers but things had fallen apart after the first km. In the end I silently told myself to man up and keep running. I didn’t need a pacer to run at 4:30 per km. I could do that by myself, although inwardly I knew that my chance had gone with the push I had tried to maintain to stick with the group.


I kept running, kept balancing on that razor edge of top speed, and kept telling myself that a new PB was waiting for me at the finish. I used runners ahead as makers to overtake in the last sections and runners behind as motivation to not let anyone pass. Last year was a crap race and this year was going to be a great one no matter what. No way was the first finisher going to lap me this time.

In the end I gave it my all and grimaced my way up the finish straight and cross the finished line for a new PB of 0:45:31. I wasn’t a happy bunny at the time though and wandered off to have a mini tantrum. I felt the same when the results were published and I saw that the pacers were around 30 seconds ahead of their predicted 45 minute finish. It sounds childish really, being annoyed with runners who were freely giving their time to help others, but I still had a throwing toys out of pram moment. Without any to see or hear. At least I keep my anger to myself.

What was I actually angry at though? If I ran the race again with the same fitness, the same conditions, and the same uneven pacing… I would just let them go and stick to my pace. It’s my fault that I put so much pressure on to run under an arbitrary time. This is till my favourite race, run by friends, extolling the friendliness of my running club, and hugely enjoyable to take part in.

They’ll always be another chance. 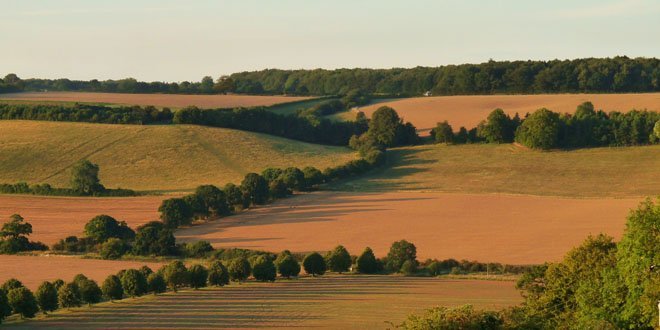