Nothing too extravagant for me on Near Years Eve, although I did buck tradition and stay up to see in the Near Year. We’re visiting Japan again this year to stay with the in-laws and my brother-in-law and his family are also visiting so The Son is busy playing with his cousins. We saw in the New Year with copious amounts of sushi, soba and beer while either playing various games on the Wii or watching Japanese TV.

The household were woken at 7am by the loud thumping sound of a drum. In my half asleep haze, I thought it was the kids playing their Japanese Wii drumming game. The children were all asleep still so my brother-in-law called the local police to complain and the drumming stopped shortly after. We think an over enthusiastic traditional Japanese drummer had set themselves up on the beach and was thumping the neighborhood awake at stupid-o-clock.

Christmas is not widely celebrated in Japan, and it’s not a public holiday, but New Year is the big celebration where the family gets together for lunch. This year we went to the local ANA hotel for ‘Viking’ lunch (aka all you can eat buffet) and afterwards made the traditional visit to the local shrine. 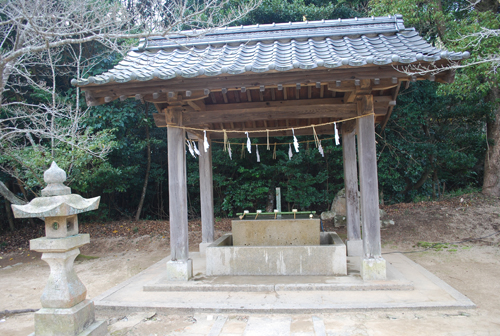 We joined the lengthy queue at the shrine and Mrs Dan held our place while I went to wash my hands. I am sure that there’s some sort of significance for the hand washing but I have no idea what it is and neither does Mrs Dan. She didn’t want to pour cold water over her hands and The Son had gone walkabout so it was just me holding up the Japanese traditions for the Running Dan family.

At the shrine you shake a thick rope to ring a bell, something about waking the spirits I suspect, and then toss your coins into the donation bin, before clapping twice and making your New Year wish. The ritual concludes with a final shake of the mystical bell and you move one to let the next person take their turn. 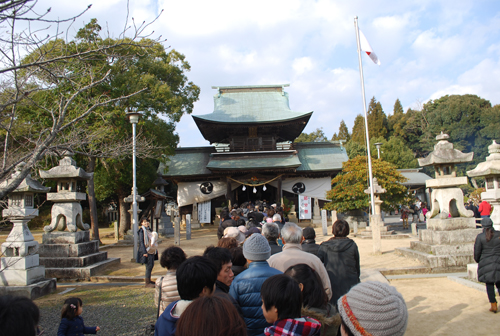 Next up is the optional 100 yen machine to get your fortune told for the year – this time around I was given the ‘medium fortune’ although it could have said anything for all I knew. Mrs Dan found me standing there with the paper held upside down so she could have translated anything while she laughed away at my ineptitude.

I am sure that the fortune paper goes into more detail then just low, medium or high for the year but Mrs Dan has no interest and says it’s just a waste of time and money. I am a sucker for immersing myself into Japanese culture though and folded up the strip of paper and tied it to one of the nearby bushes just like everyone else. 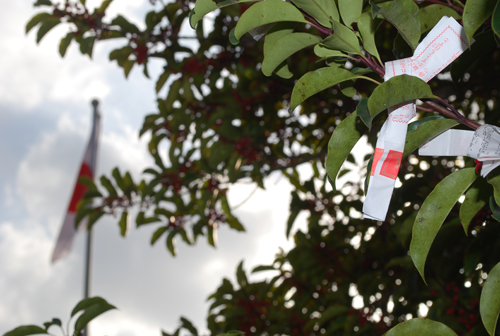 My favourite shrine activity consists of swinging a log at a large bell to ring in the New Year. The shrine is popular all through the night and the sound of the bell rings out from midnight onwards as you enter 2014. Mrs Dan isn’t a big fan of the constant noise through the night, even though we’re not that near, but I like the reassuring noise of the bell drifting through the silent night air. 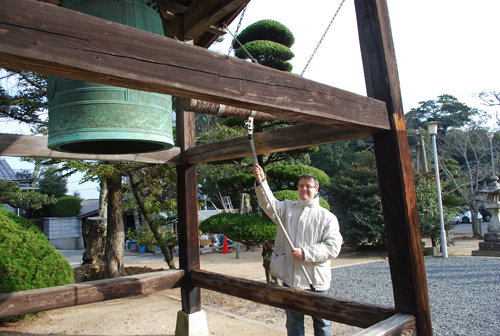 Janathon isn’t just about eating and bell ringing though… there should be some sort of exercise thrown in for good measure. I am training for the Brighton Marathon and my schedule told me to run an easy 5 miles today so that’s what I did. Mrs Dan joined me in the fading light to run down to the beach together and waved goodbye to complete the last 4.5km as she returned to the warmth of the house.

After a nice run it’s nice to return back to the house for trays of sashimi and a nice cold beer.