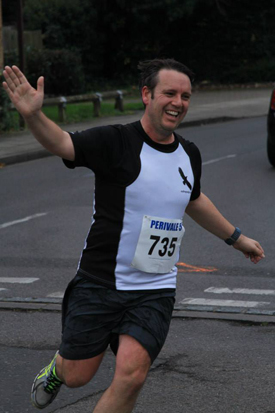 It’s nice not having to wake up at stupid-o-clock to make my way to a race. It’s also nice to support one of our running club neighbours. Ealing, Southall & Middlesex AC were our gracious hosts for the day as we ran their annual Perivale 5 race.

My marathon training has begun so I decided to make the race part of my scheduled long run by jogging to the race headquarters at the Perivale track, running the race and then jogging him via the A40 footpath. By careful planning I arrived at the track as all the runners were walking to the start line, which meant that I could quickly store my running jacket inside the track clubhouse before joining everyone for the start of the race.

The Perivale 5 is a road race that takes place on pavement, the odd bit of road, tarmac pathway in the park and finally finishing on the running track. The runners were warned to stay on the pavement through the first section by several foolhardy runners decided to use the edge of th road as an overtaking lane. Not sensible in my mind given the oncoming traffic.

My plan of making this an easy run went out of the window as my race head fell into place and I was caught up in using runners as targets to overtake. The race consists of 2 laps before the track finish so I had plenty of scope to hunt down my rabbits.

However, I was sensible by not trying to sprint on the race track even with various Eagles trying to spur me on. I remember stupidly injuring myself last year by trying to run too fast and that wasn’t a mistake I was willing to make again. 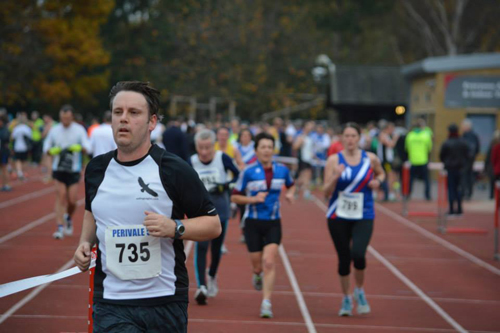 The Perivale 5 is a fast & friendly race organised by a sociable running club (ESM). There aren’t a lot of 5 mile races on the calendar so I recommend putting this one into your diary as a nice change from the usual 5k, 10k and half races.