The son attended his final secondary school entrance exam today so we were both up early and travelling a short way across West London. I decided to go dressed in my running gear so that I could run home after waving goodbye at the school gates. He seemed only a little embarrassed to be with me as I was garbed in my luminous yellow running club jacket.

I took a quick look at Google Maps last night to check out a route and in the end it was dead simple because the school was very close to the Thames so I jogged down to the footpath and just ran along the riverside walkway until I reached Kew Bridge, which intersects with my Sunday morning club run and I knew my way home from there. 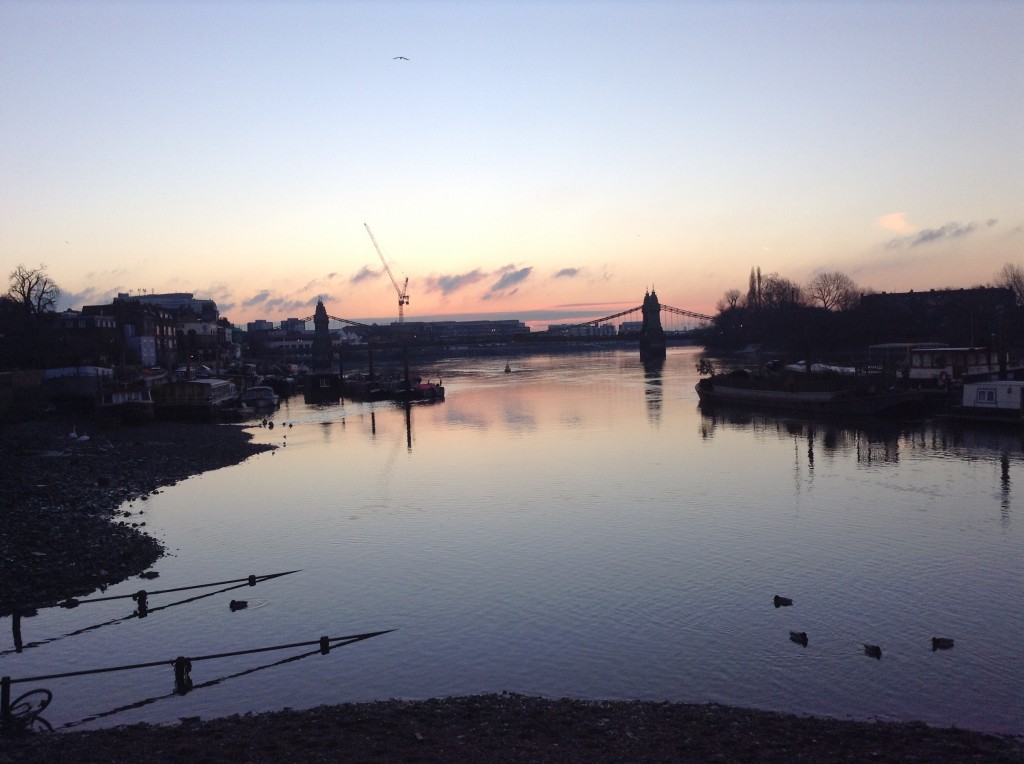 It was a bit cold out, which made things tough taking The Son to the school, but once I started running then I soon began to warm up. I passed a collection of runners, walkers, commuters, and cyclists on the pathway. I will probably use this route again as my long runs become longer during the marathon training schedule. I can probably run from home into central London along the river and then take a train home afterwards. 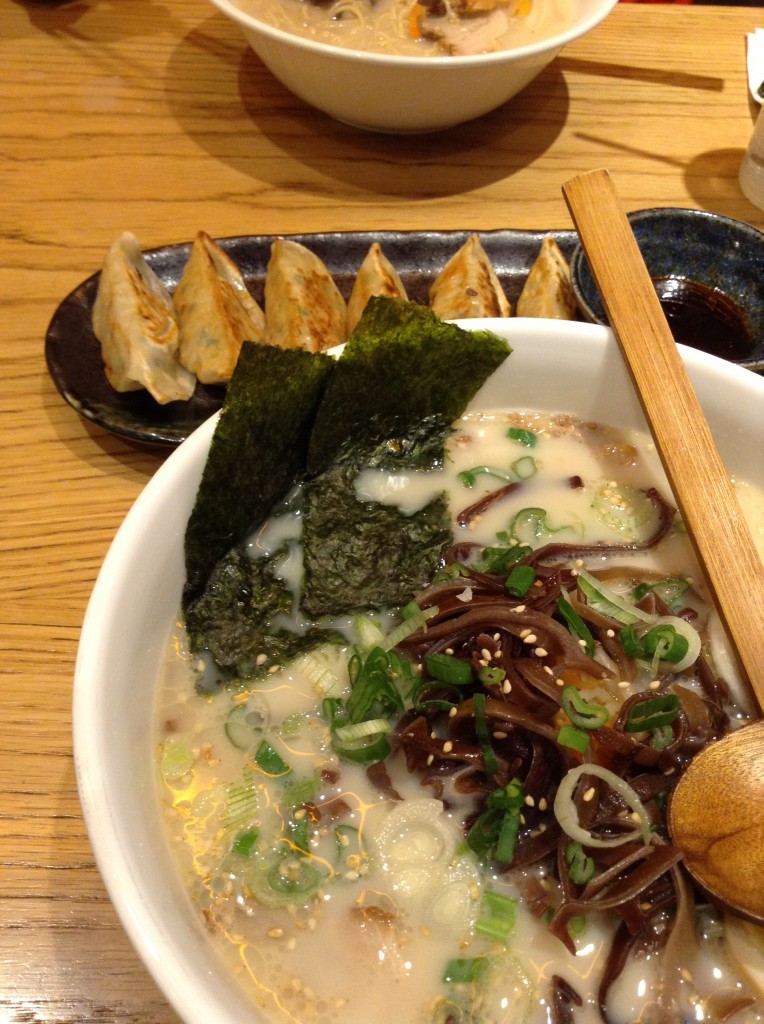 To celebrate the last day of exams I took The Son into London for lunch at his favourite Japanese ramen restaurant, which I had never visited before so was looking forward to the food as well. Mrs Dan usually takes him there when I am off racing at the weekend so I was glad of the opportunity to take him today. He especially loves the small drum used by the staff on the counter that is hit with gusto every time a customer leaves the premises.

After lunch we walked to the nearby Waterstones book store on Piccadilly where The Son browsed the children’s section while I sat reading a copy of Asterix and the Golden Sickle. He picked out 4 books for us to buy and take home, including The Graveyard Book by Neil Gaiman that I thought was a very good choice indeed. The Son has become a ferocious reader so it’s always a joy to take him to the book store to see what book or author he is about to discover.

We then hopped onto a Piccadilly Line train to South Kensington for the last stop on our mini trip into London. Mrs Dan and The Son will often pop into a crêperie located near the station but always without me! I suppose it’s only fair that they have somewhere to go while I am out running but dammit I wanted a crêpe as well. 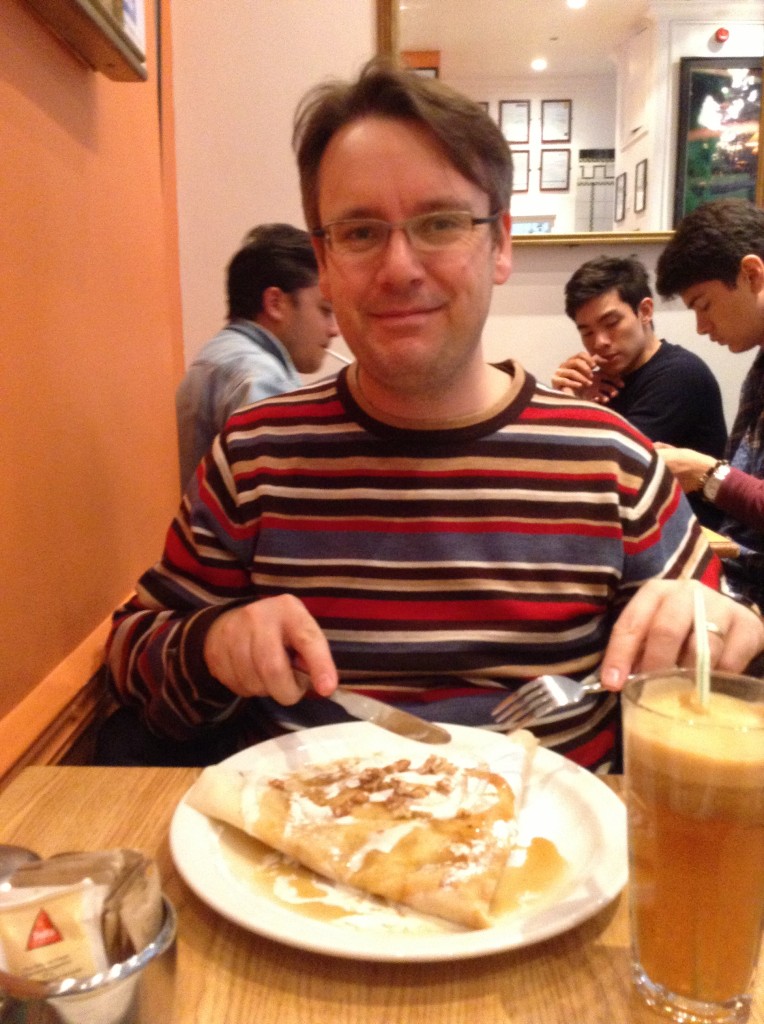 The Son went for a simple butter and sugar crêpe while I could not resist the lure of a banana, walnut, and maple syrup crêpe.  There went all the calories burnt off from my run in the morning.

It’s been great spending time with The Son over the past 2 days as his all his exams have finally finished following a year and a bit of preparation. There have been plenty of tantrums along the way but I am proud of the work he has completed and it really shows in his vocabulary and the way he speaks to people now. I have no idea whether he’ll get a place at any of the schools but it has been a fun journey to get to this point.

Tomorrow I return to the office (boo! hiss!) where I have to get my head down and deal with a full inbox. I have refused to touch my work email or turn on my work Blackberry so it might be a bit of a shock for me when I get into the office tomorrow.