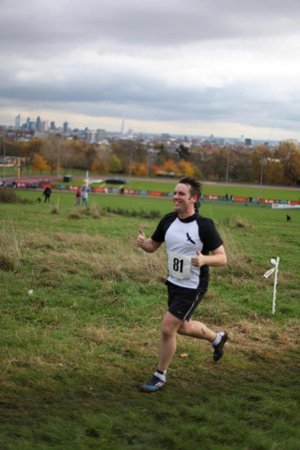 Cross country running? No doubt that takes you back to school where you were traipsing around in some mud wishing you were somewhere else while a demonic PE teacher shouted at you to pick those legs up. That certainly resonates with me although our cross-country running consisted of a brief section of school field, a bit of woodland path, and then mostly street running in a loop back to the school gates. I remember hating it with a passion and one year I have a clear memory of being with a small group trying to hide down a hidden alleyway until the lead runners came back round for a second lap where we would then fall in behind. Except I bottled it and just slogged my way around the course anyway.

That was until my last year of school when suddenly I found myself enjoying the run and was comfortably placed in the top 20, mainly due to all the fitness picked up from playing rugby, and then realising that the top 20 are selected for the cross-country team. I hastily back peddled my way through the field through some seriously slow running and finished inside the top 30 instead. A bit stupid really and that ended my involvement in running, let along cross-country, for the next 4 years.

So the clock rolls forward until 2012 and I put my name down to run in the London XC Championships at Parliament Hill through my running club. I bought myself some new trail shoes and some XC spikes, which I put through a baptism of mud at Wormwood Scrubs, and then joined everyone on the day at Parliament Hill. This was our visit to the iconic Parliament Hill XC race course and it showed as our motley crew looked around at the superbly organised clubs who were congregating around their tent & gazebo awnings while we schlepped around with our bags to take in the route from on top of the hill.

There was plenty going on as the London Youth Games were taking place on the course but it was soon time for the senior ladies race to start so we stood at the top of the first hill to watch the women run up towards us. After watching the ladies come back around for the second lap we quickly realised that we should be getting ready so I took a swift walk down to the toilets before getting my spikes ready for action. In fact I only just made it to the start line for the mens race with a couple of minutes to spare and had missed the pre-race team photograph and the opportunity to put myself through a suitable warm-up. I had also forgotten to bring my Garmin with me so it was going to be a ‘naked’ race for me. Not a great way to start my cross-country career! 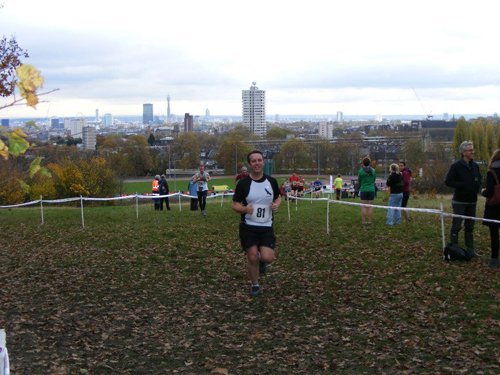 The course started off with an uphill section that immediately began to spread the field apart and I made the decision to race within myself a bit to make sure that my spikes gave enough grip and to warm myself up a bit. We were soon all churning through the mud downhill to the most treacherous part of the course, a bog lurking on an adverse camber bank of more mud, and I was thankful to find that my spikes dug in well and I was flying straight across the mud while those in trail / normal shoes were either sliding around or having to take a detour to avoid the worst of the quagmire.

At this point I realised that I had no idea how many laps we were due to complete (just how under prepared was I for this race?!?!?) so asked one of the runners around me. I then proceeded to use the first lap as a benchmark to find out where I could use the downhill sections to increase my speed and where I had to mentally dig in for the tougher parts. I thought the largest hill at the start of each lap would be the killer but instead I was left reeling by the gradual incline after the first downhill section to the bog but with a smile on my face I kept on going. I was certainly helped out by the Eagles cheer squad located around the course plus the odd “Good running Eagle” from some of the other running clubs local to the West London area. 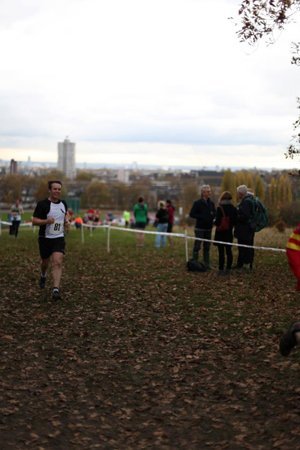 The laps flew by and on the final lap I decided to pick the pace up a bit and was successful in reeling in a few runners who had been ahead of me. The finish line was located on a stretch following the longest downhill section so with spike power I began to fly along with a final burst to take down one more runner but he heard me steaming along and picked up his pace to just pip me on the line. With a quick smile & nod to each other the race was over and it was time to join up with the rest of the Eagles and compare muddy legs.

So what did I learn?

The SEAA Championships take place on the 26th January at the same place for 15km of muddy mayhem so I will be returning to tackle this iconic cross-country course once again.