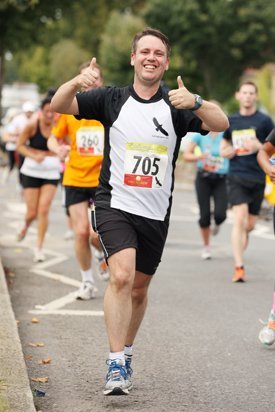 On Tuesday 9th August 2011 I woke to the news that the London riots had spread to my native Ealing with serious fires, damage to property, and the sad violent assault on pensioner Richard Mannington Bowes. In a bid to try to understand the utter mayhem that had engulfed my home town, I put on my running kit and headed out with my camera to first hand what had happened. The pictures I took on this day are on my Flickr feed.

Fast forward to the 30th September 2012 and once again I was racing around some of the same Ealing streets as part of the Ealing Half Marathon (EHM) but this time cheered on by the fantastic local community. This was the Ealing that I fell for when I moved here those 6+ years ago and I ran with a big stupid grin on my face as Ealing put a welcome smile back on its face.

Earlier I joined the crowds walking towards Lammas Park and dropped off my bag into the storage tent before joining a fellow Eagle for the warm-up (yes, I really did dance to YMCA!). My goal was to break 2 hours for the first time in a half so we squeezed as close to the 2 hour pacer as possible. Unfortunately the start was delayed thanks to a car versus lamppost on the route, which is something completely out of the control of the race organisers. Hats off to the EHM team though for making sure that all the runners were kept informed and it was not too long before we were off.

Did not notice the first mile marker because I was too busy chatting to a few Eagles also sticking to the pacer. I was amazed when we passed the next mile marker and wondered if it was really meant to be this easy.

Kept to the right as planned and waved as I ran past my cheering family. We then decided the 2 hour pace was a bit slow for us so 3 of us pushed on a bit. First drinks station so grabbed a bottle of water.

Spotted my first official race photographer so gave a big smile and a thumbs up. Ran past a friends house and waved to him as he took my picture. Still felt too easy. Make mental note to make sure my friend enters next year.

Some hills. Was that my legs aching a bit? Pace still fine. Was that guy really cheering us on in his dressing gown?

High fives for the kids, danced a bit to “I’m a Believer”, and someone was shouting for a Mobot… it would have been rude to refuse, right? Take my energy gel although it’s probably only a placebo.

Decide that I have not been pushing myself hard enough so ramp up the pace through the parks while I continue to thank the crowds and high five the kids. Finish in 1:54:10 with a huge smile on my face. So happy that I forgot to stop my Garmin, doh!

I really struggled to remember that this was the inaugural event because the organisation was superb. I have run some so called <air quote>established big races</air quote> before that should take a long hard look at themselves and learn a lot from the team behind EHM (yep, British 10K London Run I am looking firmly in your direction and calling you out). This was a race set-up by runners, for runners. The people of Ealing should feel proud of themselves, the community organisations that gave their time should be congratulated, and all the volunteers involved were fantastic. 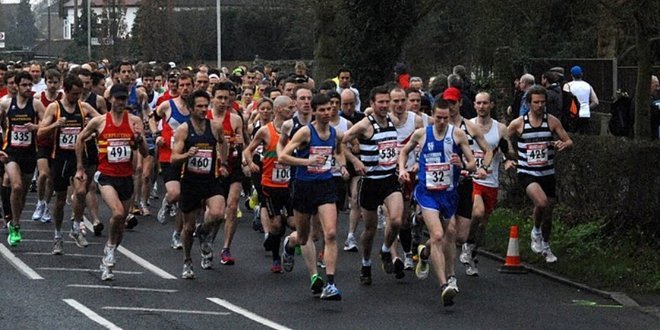 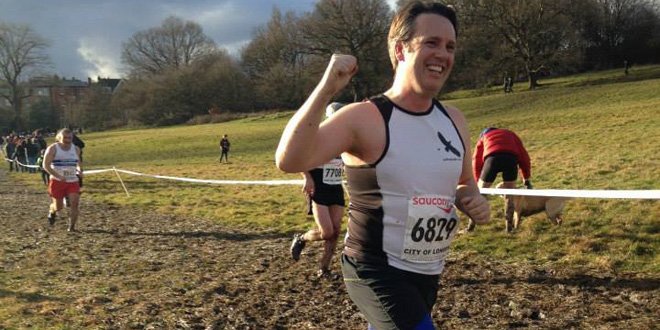