We missed parkrun last week due to The Son sitting the 11+ exam but we were back with a vengeance this week. The Son was once again intent on taking down his PB while I just wanted a gentle run in preparation for the Ealing Half Marathon, which takes place tomorrow morning.

I paced us to a reasonable 14 minute 2.5k time and then The Son put on his customary burst of speed down the grass slope so I tailed a way behind just making sure to keep him in sight. He managed a full on sprint to the finish line and his little face was bright red as I cruised to the finish just a short while later.

Unfortunately I made a boo-boo when we queued to scan our results and The Son used my barcode and I used his and it was not until we received our results text that I realised what happened. I had clearly been a doofus and mixed our barcodes so The Son did beat his PB but not officially because he is listed with my time. Thankfully he is ok with it and intends to take his PB down at the next opportunity. 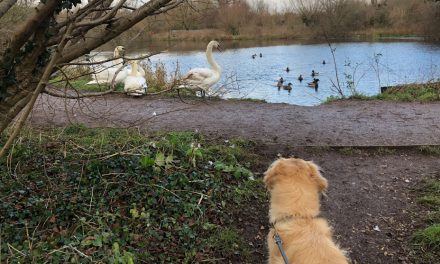