As I sit here listening to the Frank Turner track on ‘Isles of Wonder – Music For The Opening Ceremony Of The London 2012 Olympic Games’ I can almost reach out and touch the glorious 16 days of sporting wonder that we were privileged to view as the 2012 Olympic host nation.

I wear my Olympic heart unashamedly on my sleeve as every 4 years I have sat transfixed to my television; watching Daley Thompson win gold in Moscow, Coe, Ovett, & Cram race in Los Angeles, Ben Johnson standing bug eyed on the start line of the 100m at the Seoul Games, the beauty of Barcelona as sung by Montserrat Caballé & Plácido Domingo while an archer lit the Olympic flame and the USA Dream Team compete for the first time, South Africa are back following their suspension through apartheid, Germany are unified, and Derek Redmond is helped to the finish line by his father. I welled up as The Greatest lit the torch in Atlanta then felt the weight of a nation lift as Catherine Astrid Salome “Cathy” Freeman triumphed in the 400m. Phelps raced Thorpe in Athens before going onto Beijing 4 years later to own the pool.

So while my friends bemoaned the traffic chaos and waste of money that the Olympics would bring to London I quietly sat back waiting for the greatest show on earth to roll into town. I love the Olympics. I have always loved the Olympics. Now it was coming to my home city and I have a son who is old enough to share all the sporting drama with.

We were unsuccessful in the first round of the ticket ballot as I applied for all the marquee events but did manage to get tickets for judo and football through the second ballot round. We then sat as (the soon to be Sir) Danny Boyle threw the British pysche open to the world through the opening ceremony and marvelled as Great Britain racked up the medals and the greatest athletes ever assembled ran, cycled, lifted, punched, kicked, jumped, and inspired.

In the end we could not make the judo as The Son has a conflict with one of his summer classes but we stood and cheered for Japan as they drew with Sweden in the football, Mrs Dan joined her girlfriends to wave their Japanese flags at the volleyball, I took The Son to watch the badminton semi-finals, we sat in a near full Wembley stadium to cheer Gabon, stood through the rain to cheer the women’s marathon, returned to Wembley stadium to sing our hearts out for the Japanese women in their football final only for our hearts to be broken, before returning to the packed London streets the final time as the men completed their marathon.

My personal highlights were sitting with The Son on consecutive Saturday nights screaming at Mo Farah as he won the 10,000m and then a week later the 5,000m. The Son runs 5k every Saturday with me at parkrun and now has a real connection with anyone tackling the same distance. Of the live events we went to the women’s football final will live for me forever as we were sat smack bang in the middle of the loudest and most passionate Japan supporters you could ever imagine. Mrs Dan singing her heart out draped in a large Japanese flag while random Japanese strangers hugged The Son as he jumped, shouted, and danced with them all. The result may not have gone the way we wanted but the joy was in being there and with those people.

Today the majority of the athletes departed and we sit back to draw a breath before the Paralympics grace London. Our flags are folded but not put away; just waiting for us to watch and be inspired one final time. 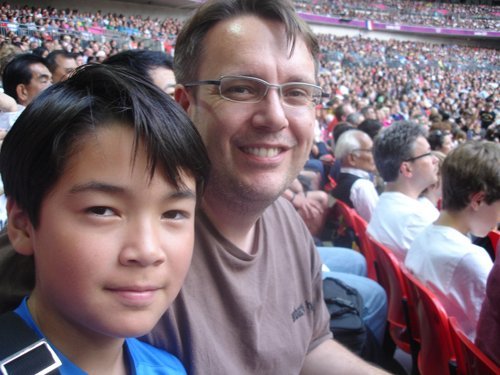 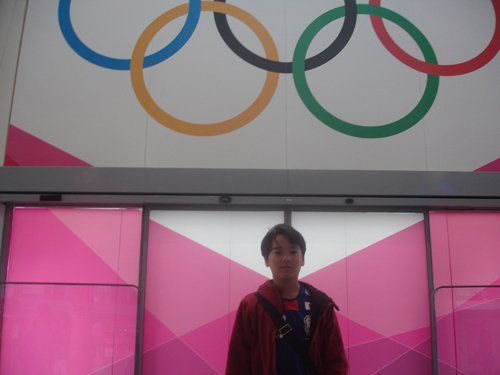 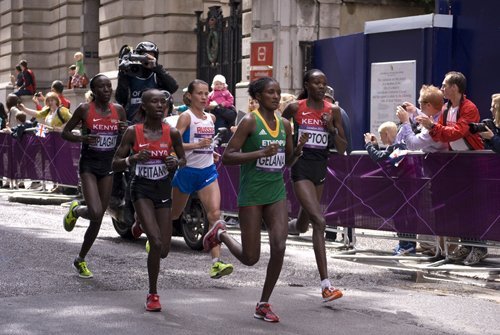 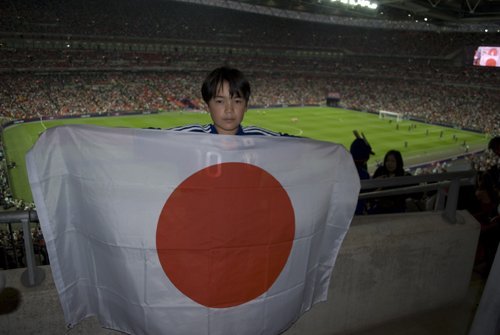 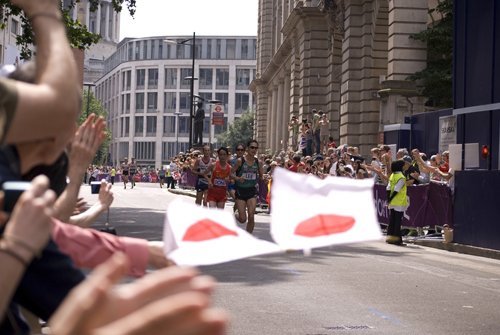