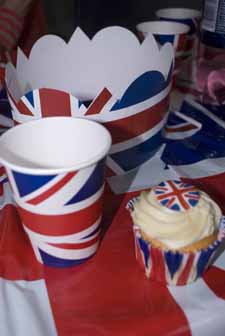 After all the driving, bouncing, and driving from yesterday it was a very quiet Running Dan household in the morning. I heard The Son getting up around 9am and I joined him downstairs shortly after to make my porridge and made sure he was ok watching his kids TV shows. There was not much time for any further relaxing because we were out of the house at 10am to drive across London to collect my grandparents. With the car now full of oldies we drove out to join my uncle & his family at my mums house before attending the local village Jubilee street party. Unfortunately the classic British weather was in full effect so the party had been moved into the village hall thanks to the rain.

The local stables were offering free horse carriage rides from outside the pub so our family descended onto the carriage for a ride along the lanes and back to the village. The horses seemed quite content, even with our combined weight, and the drivers even more content with a pint of Guinness in their hand. We arrived back at the pub where another pint was handed to each of the carriage drivers so I was glad that we took an early ride as I am not convinced they would remain sober if their rides followed the same pattern.

The village hall had been decked out in bunting and flags with face painting for the kids and burgers cooking on the barbecue for everyone to enjoy. The kids looked happy with the food while the majority of the adults looked even happier thanks to the beer & wine on offer. The entertainment was provided by an operatic singer who led an increasingly inebriated audience through classics such as The White Cliffs of Dover, Jerusalem, Land of Hope and Glory, Rule Britannia, and God Save The Queen. I don’t think you could have made the day more British if you tried. Mrs Dan seemed to be the only non-obvious Brit at the celebration and she did not know what to make of the overt patriotism other than to wave her flag and marvel at all the singing (“Britons never, never, never shall be slaves!” being one of her favourite lines). 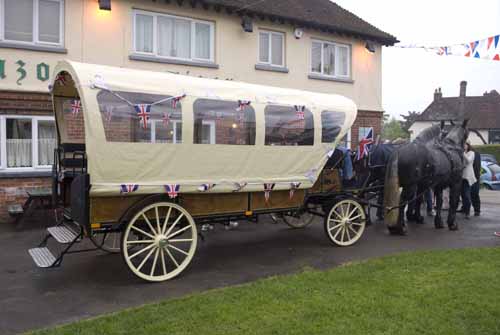 Sadly I was unable to fit in any running because we were much later leaving than I planned plus I had to provide the taxi service home for my grandparents. I was still kind of secretly planning to sneak in a shorter run but it was also pouring with rain by the time we arrived home so tomorrow Mrs Dan is going to take The Son to visit the Science Museum in the afternoon while I get out for my weekly long run. My effort today for Juneathon consisted of some hearty singing and patriotic flag waving. 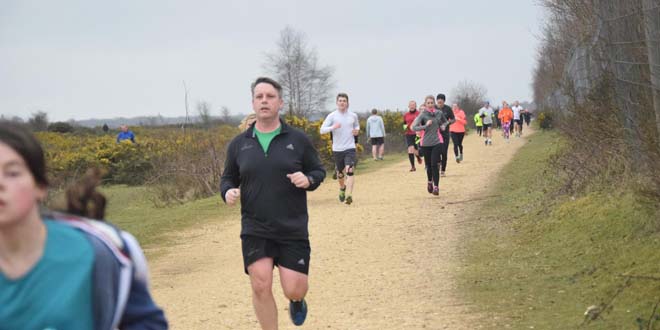