I made it along to Gunnersbury Park for my second parkrun and I smashed out a new PB by taking 52 seconds off my previous time. I decided to go out a little faster this time, rather than pace myself for a grandstand finish, just to see how I would handle it. It was bit of a struggle at the end and the strong breeze did not help on certain parts of the course but I am sure that I can now go sub-23 minutes if I go for it.

In the afternoon we were all out for the school summer fete where The Son was busy emptying my wallet on every stall, Mrs Dan was helping out on the Japanese food stall, and I was tasting some of the wonderful food. I managed to sample the delights from the Japanese, Spanish, and Arabic food stalls before sitting down to watch the reception kids perform their dance and then a set of classic rock from the band ‘Twist of Fate’. There were a group of young kids, probably in the 3-5 year age group, who formed a mini mosh pit and rocked out to covers of classic Radiohead and The Killers tunes. Their set ended with the band belting out ‘Monster’ by The Automatic. Not your usual school fete type of entertainment but both the kids and parents loved it.

The highlight of the fete, at least for the kids anyway, is a massive water pistol fight on the infant playground. The school provide wheelie bins full of water and sell water pistols to the kids (and a few foolish parents!) and then let loose the dogs of war as a couple of hundred children go crazy for an hour soaking anything that moves. I braved the melee for a short time with my camera to take some pictures and I was shot by a few children before seeking shelter to the side with the rest of the parents. The Son was completely drenched by the time we departed so it was a good job that we brought along some towels and a change of clothes. 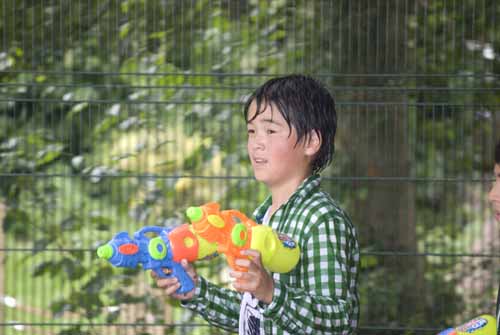 I also had the opportunity to talk about running with one of the other parents as we had recently run past each other while we were both out running in the local area. He has only been running for a short while but is really enjoying it so I told him about the upcoming Gunnersbury Park 10k and the inaugural Ealing Half Marathon. He also asked me whether I had heard of parkrun so I told him about that and we exchanged contact details so that he can meet me at the Gunnersbury Park parkrun in the next few weeks. 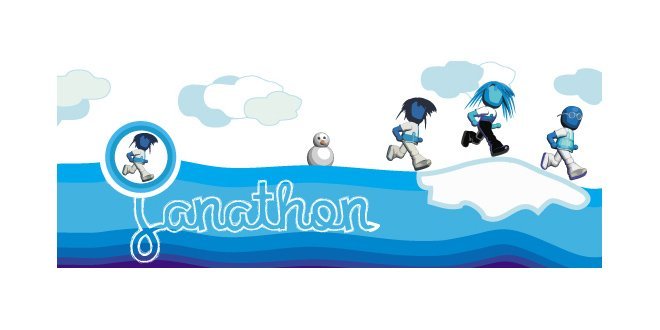