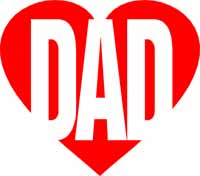 I was completely thrown when I stumbled downstairs in the morning rubbing my sleepy eyes only to be handed a Father’s Day card by The Son. On the one hand it was a very nice surprise but equally it meant that I had completely forgotten to send a card to my dad. Doh.

It was a busy day as The Son had a lot of homework to complete through the morning & early afternoon because he had been invited to a school friends birthday party later in the day. I was able to squeeze in a ‘long run’ but only a 11k loop out to the Gurnell Sports Centre and back again. In the afternoon we dropped The Son off at the birthday party and Mrs Dan accompanied me on a ‘date’ to Hammersmith where we walked along the Thames footpath from Hammersmith Bridge to Putney Bridge. Our original plan was to cross at Putney Bridge and then walk back on the opposite side. However, time was against us so we took a bus back to Hammersmith where we ate some food at Wasabi before taking the train home to collect The Son.

Janathon Over… Now What?