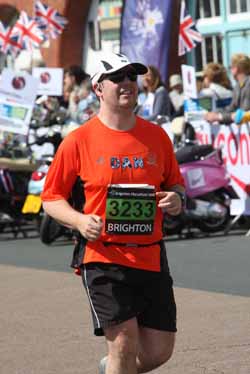 Following my completion of the 2012 Brighton Marathon, I have taken some time to sit back and reflect on what went well for me and what I need to change in preparation for my next marathon. So in no particular order here are my 10 top tips for marathon training.

Training plans are good and everyone needs one to prepare themselves for a marathon and indeed for any distance if you are new to running or have not tackled a particular distance before. I went with a 13 week training plan and built-in 7 days contingency by starting a week early. This was backed up by a solid base of fitness running all through the previous months but I did not quite expect to be hit by so many instances of illness leading up to marathon day. I lost 4 weeks of training in total so next time I will switch to a 16 week plan but start 20 weeks out from race day.

The interesting question is whether my increased mileage contributed to all the colds I suffered or if this was just a bad year for me. I normally experience 1 cold a year maximum but from January through to early March I caught a cold on 3 different occasions and picked up a virus that caused a two night stay at the local hospital. Mrs Dan would point to my increase in running. I would say it’s just bad luck.

Training plans are good, mmkay. Training plans do not have to be followed to the letter though. Do not get hung up if you miss a day or move a planned run to another day or even decrease / increase the distance or intensity because you’re not feeling so great. When I first started running I would religiously follow my schedule no matter what else was going on in my life. It’s not very productive and you can end up doing yourself more harm than good. Not feeling into a particular run? Change it and get yourself in a better frame of mind for the next run.

If you can get to Brighton for a run before the actual marathon then go for a training run along part of the route, the seafront makes for a great segment of the route that you can use without any traffic problems. There are also other races that take place in Brighton that can fit into your training scheduled so go check out the Brooks Brighton 10k and the Brighton Half Marathon.

Runners were given something of a respite from the noise and crush of spectators when they passed through our wharves and along the quay edge within the secure port terminals.

There was certainly a distinct lack of noise and spectators but the respite was not welcome! It’s a grim area and the sudden trudge through an industrial area with very little crowd support hit me hard. Once you add in the distance reached, it was a real mental hammer blow to keep going through this area. If you run the Brighton Marathon then just be aware that the features & support for the runners suddenly changes for 2-3 miles and that’s where you need to start zipping up the man suit. This advice applies to all races – check the route, use online resources, and check through various running forums to see if any previous runners detail their experiences.

I picked this one up from the excellent Marathon Talk podcast and used it myself. If you are hanging around the start area / line before a race and the person next to you starts a conversation moaning about the lack of training they’ve had, or the injuries, or they do not like their choice of running gear. Do not just stand there and blindly listen to them and let their conversation drag you down. Walk away. At Brighton I experienced this in my starting pen and rather than listen to his moaning I just turned away and moved further into the crowd. They’re not your friend, they’re not your family, and they’re not helping you.

Quick & simple: get yourself to a proper running retail outlet, get expert advice, and buy some proper running shoes. Do not rock up on race day with your new trainers on, get a good 50 miles into them before the day itself. Women will also need to invest in a good sports bra. Mrs Dan felt like a new woman at her aerobics classes once she invested in a well-fitting sports bra.

You have your new running shoes but make sure you’re equipped across the board and prepared for all types of weather. It might be nice and sunny when you leave home in the morning but it might not be so great when you arrive at race HQ. I keep a bag containing my summer wear (running sunglasses, running cap, lightweight socks, and sun block) and winter wear (base layers, long sleeve top, waterproof top, running gloves, and some spare clothes for the finish) that I take with me to every race.

Again, don’t rock up to a race with anything new. It has to be tried and tested during your training runs.

The marathon is a long race and as a minimum you will need to hydrate yourself in the days leading up to the race and then during the race itself. If the race provides a specific brand of drink during the race then use it a few times during your training to make sure there are no problems. I also use energy gels for any run lasting 90 minutes or more but again make sure this is something you have tried during training to make sure there are no adverse reactions. During the Brighton Marathon I learnt that gels had the potential to upset my stomach slightly when used in higher numbers and in future I will cut back on the number of gels I use and also look to snack on something more substantial on the way round. Luckily I have a stomach made from iron and I can happily eat and drink during a run without any problem.

The 2012 Brighton Marathon introduced the Iconiq water pouches as the event water sponsor / provider and this was probably the first event that runners used these new style containers. My tip for Brighton is to get to the start area a bit earlier and have a look around because there was a big crate of them in the middle of the field where you could help yourself. I wasn’t in need of a drink but I did want to make sure that I could get the water inside me without any surprise rather than try them out for the first time during the race. Also, the other drink provider was Powerade and they also had a stall at the start area giving out free bottles so make sure to give them the once over before the race as well.

1. to make or become sore or worn by rubbing

Back in the day we lived on the Isle of Dogs and every April we would walk across to the London Marathon route and cheer on the runners. Every year without fail there would be a handful of people in their nice white running vests but with trails of red down the front starting from each nipple. Do yourself a massive favour and make sure to tape up or apply some vaseline across important areas otherwise face a whole world of hurt.

A very simple one this and a no brainer: clearly display your name on the front of your running top and the crowd will give you a personal cheer all around the race. It will really help you out during the struggle through the later miles when people are shouting out personal encouragement. I went to a local hobby craft store and bought some iron on letters that I put on the front of my top. There were huge crowds of spectators at certain parts of the Brighton Marathon course with some very vocal support on the start 3-4 mile stretch. Get your name on your top so all these people suddenly become your personal cheer leading squad.

If you have made it this far through my list or just skipped most of it… this is the most important… enjoy yourself! Brighton is a large-scale event and there will definitely be large groups of strangers lining the majority of the route all there cheering you on. You might even have friends & family lining the route as well so make sure you know where they are, as you will probably spot them in the crowd before they spot you, and give them a big smile and a hug.

If things do not go to plan and you have to slow down a bit, adopt a walk-run strategy at some point, or experience some sort of problem don’t let it kill your race completely. Remember that only a minority of the population will successfully take on the challenge of a marathon and that finish can never be taken away from you no matter how it was achieved on the day. 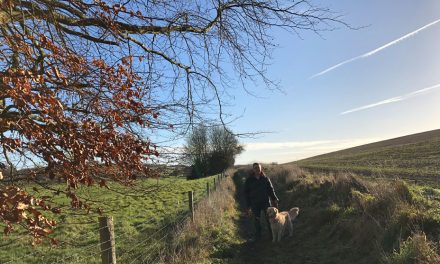