(Not so) Great Expectations 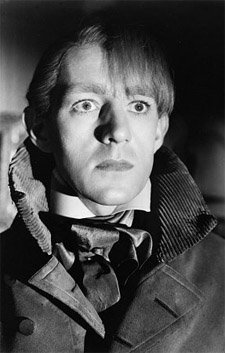 Last spring & summer I sustained an extended period of training consisting of 2 speed work sessions during the week, a long run at the weekend, and at least 1 hour of karate training per week. I remained injury free and had no illness of any type and my 10k time kept dropping, my long runs got longer and faster, and I lost a lot of weight in the process.

All runners know that the injury monkey catches up with you eventually and come autumn my training had suffered and my fast times began to push back and my weight slowly crept the wrong direction. I knew that I would have to train hard for the Brighton Marathon so across the Christmas & New Year period I was out running while on holiday in Japan and I started my 16 week marathon training plan when I arrived back in the UK. I knew that I could train hard and I factored in that I would probably miss a bit of training through seasonal illness but I felt good and I aimed for an approximate 4 hour finish time.

Then I started to train. Things did not go to plan. I picked up the obligatory cold, which knocked a week out of my schedule, and then I began to notice that my training plan did not give me the same benefits of my self devised plan from 2011. I noticed that my weight pretty much remained constant even though my diet was good and I was actually running a higher mileage than my previous schedule. I put this down to the miles being run at a slower pace with the results being more stamina based.

Then I ended up in hospital for 2 nights thanks to a severe migraine and the doctors wanting to check that there was nothing seriously wrong. I was given the all clear and after a short end of week run to banish the psychological cobwebs I ran the Silverstone half-marathon and all seem good with the world again. Or so I thought. I was hit with another cold / bug and I had to drop training for 2 weeks to recover and my training is now completely out of sync with my schedule. I should now be entering my tapering period and decreasing my mileage but the reality is that I still have not run further than 15 miles on my long run and I am worried about how I am going to deal with the fabled 26.2 miles.

So I have dumped my Runners World marathon train plan and gone back to my tried and trusted Running Dan weekly training schedule plus I have lowered my marathon expectation so that anything under 5 hours will be considered an achievement in my eyes. Last Sunday I went out for a 15 mile run and I hit the gym twice during the week for two relatively short 4 mile speed work sessions on the treadmill. I am shortening my midweek runs but I plan to go for a 20 mile long run this weekend before dropping to a 15 mile long run on the last long run before Brighton.

I have now added a countdown timer on my blog to show my just how long until the start gun sounds and as I publish this post… 2 weeks, 1 day, 21 hours and 19 minutes to go.