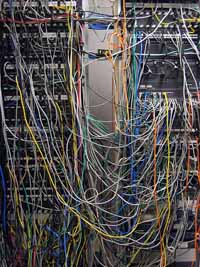 Janathon 2012 – Day 9: the early bird, Infintite Universe Running Dan, back to work, back to the treadmill, and asleep before 8pm.

Sometimes I like to ponder what is out there in the multiverse that we live in and I wonder whether there really is an infinite amount of ‘me’ out there following all the paths that I choose not to take in this universe and enjoying all the benefits of the infinite amount of possibilities that must surely exist. I like to call this person Infinite Running Dan (IRD) and I bet this is how he enjoyed day 9 of Janathon.

IRD woke at 7am to the musical sound of birds singing outside and the gentle breathing of his loving family. He certainly was not woken up at 4am by his jet lagged Infinite Son and taken downstairs so said Son would not be scared all by himself. Both father and Son enjoyed their lovely porridge as IRD congratulated himself for checking the fridge the night before then visiting the local shop when he found no milk. Things could have proved slightly demoralising if there was no milk available in the morning.

IRD drove Mrs IRD to the train station then onward to take Infinite Son to school all ready for the morning breakfast club. Again, IRD was especially glad that he had checked online and paid for the early morning school breakfast club. Things might have been tricky if Son was not booked into the breakfast club for the start of the new term. IRD had soon parked the car back at home and was walking to the station with his small rucksack on his back safe in the knowledge that all his gym kit was waiting in the office and he did not have to lug an awkward second bag on his commute.

The usual tube train pulled into the station and IRD strolled into the carriage to sit in usual reserved seat, which incidentally has a small plaque above it with his name on so no-one else sits there, then had a smooth journey to the office while passing time with small talk to all the other happy smiling passengers. I am sure that IRD took a moment to try and imagine a packed train service where he might of accidentally knocked another unfortunate commuter over with his awkward second gym bag but I am sure he laughed that off because no civilisation would build such an overcrowded underground system then force millions of people onto it like cattle each day.

IRD would have been welcomed back to the office by all his workmates to find that the scheduled maintenance carried out the previous night had been completed as planned with no outage or disruption to customers; things might have been tricky to arrive back at work after a 3 week holiday and be thrown into a fully blown major incident! IRD then took an hour or so to clear down his email inbox and was satisfied to see that everyone had paid attention to his out of office message to contact other people in the business and the Sales team had not used it as an excuse to promise customers answers on the day that IRD walked back into the office.

IRD was also taking part in Janathon and made sure to check his marathon training schedule carefully otherwise he might have headed over to the gym for a treadmill session when it was actually a rest day. With the working day over IRD took a relaxing journey home in the near empty public transportation system and his loving family were waiting for him at home rather than fast asleep suffering from jet lag.

What a great guy IRD is and what a great first day back at work he had!