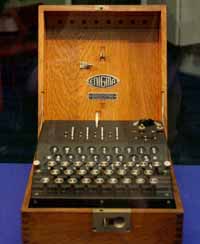 The whole jet lag thing is causing havoc with the Running Dan household as it is now guaranteed that someone will be asleep at any given point during the day. We are left communicating with each other by notes:

Mrs Dan – “Sleeping. Your dinner is on the oven. I have eaten.”

Running Dan – “Have taken mummy to the shop. Will be back in 10 minutes.”

The Son – “PERSONAL AND MOST SECRET: I am going to invade Greece.“

I had to email all my family to confirm that we had arrived home safely but due to the now multiple time zones we inhabit it would be best if no-one calls otherwise they’d face the wrath of someone in our house.

On the positive side I did get my running kit on and went out for a run in the early evening. I was determined to get out there and start the whole marathon training plan and the first couple of miles were great but I began to feel the energy falling away at quite an alarming rate. I started to slip a few walking breaks in but was determined to run as much as possible, especially as there were a lot of other runners about for a change and I did not want to be seen as a January newbie. So just over 10k completed in bit of a rubbish time and looking forward to the next few days.