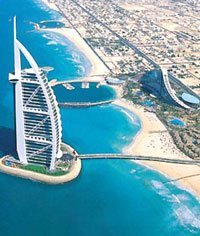 Our hotel near Narita airport appeared to be The Most Expensive Hotel In The World™ and would require the GDP of a small European country to pay for a full meal and use of the gym facilities. The room rate was paid for in advance at time of booking so was fine and we were happy to find out that our room had been upgraded to a ‘Deluxe Plus’ at no extra charge (reasons unknown) but the warning bells started to chime when we entered said room only to find it smaller that the standard room at the Holiday Inn Express in Hull (that’s a compliment to Hull by the way, something I don’t get to do often). The set meals in the hotel restaurant were stupidly expensive for what they were, especially compared to every other restaurant in Japan, and the hotel only include one complimentary health club ticket, which was not very helpful as The Son wanted to go swimming with me so we skipped the hotel gym and associated facilities. I found it bizarre to be around so many other Westerners at the hotel although the proliferation of American and Australian businessmen might go some way to explaining how the hotel was able to justify fleecing everyone.

Check in at the airport was painful thanks to my bag being overweight (full of gifts and foodstuff) so we decided to pay the reasonable fine rather than distribute the weight into our other bags. However, we were initially unable to get seats next to each other as everyone had managed to check in online the day before while we had been told by the airline that online check in was not available for this flight. Hats off to ANA though as they arranged for some people to move so that we would sit together. I suspect a couple of lucky people received an upgrade to business class as a result.

Our departure gate was the furthest from the terminal so I used the opportunity to get a good 20 minute walk in for Janathon by avoiding the moving walkways. I also completed several laps of the plane when we were airborne plus a good stretching session at the rear of the plane while everyone was sleeping. I wasn’t the only one full on stretching at the time and I did briefly wonder if there was a Japanese version of Janathon going on at the same time.

I am back in London and home at last. Now the more serious running can commence. Once the jet lag monster has been beaten into submission…