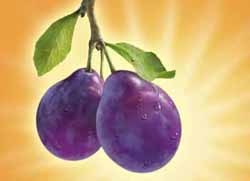 The house was suddenly very quiet this morning as visiting family departed and we remain as the only guests. Things seem mighty strange now there are no kids running around and The Son was sad to see all his cousins leave.

We headed out to a nearby onsen where I made use of the water jet section to relax some leg muscles. Japanese hot spring baths are split into separate male and female sections but it’s not like visiting a UK swimming pool since you bathe in your birthday suit armed with a small towel to protect your modesty while moving around if you are so inclined. My British sensibility means that the modesty towel does not leave my side but some men like to shake their maracas and at times I did not know where to look as the plums seemed to surround me.

With Japanese television on around the onsen, I was able to watch the end of the University road running relay race, which is fiercely contested and attended by thousands along the route. I cannot think of any comparable running race getting so much media coverage in the UK for this type of level and this was last race of the holiday period, there had already been live coverage of all the younger school age races leading up to today. Sport in general gets a lot of prime time coverage around this time of the year on Japanese television and I think I will save that for discussion on a separate post.

I was able to garb myself in my running attire in the evening and get out for a run by myself for the first time of our stay. I was worried about how I would fare having not run seriously for a couple of weeks so decided to take it easy. However, I did have to deal with the Japanese traffic by myself, where I was glad that they also drive on the ‘correct’ side of the road, but had to quickly learn how to bow on the run to indicate my thanks as cars would stop to let me cross the road. Unfortunately the ‘green man’ to allow pedestrians to cross follows the US traffic method and cars are still allowed to drive through provided that there are no pedestrians crossing. I made it out safe and sound and can report that I earned my green belt for bowing on the run.